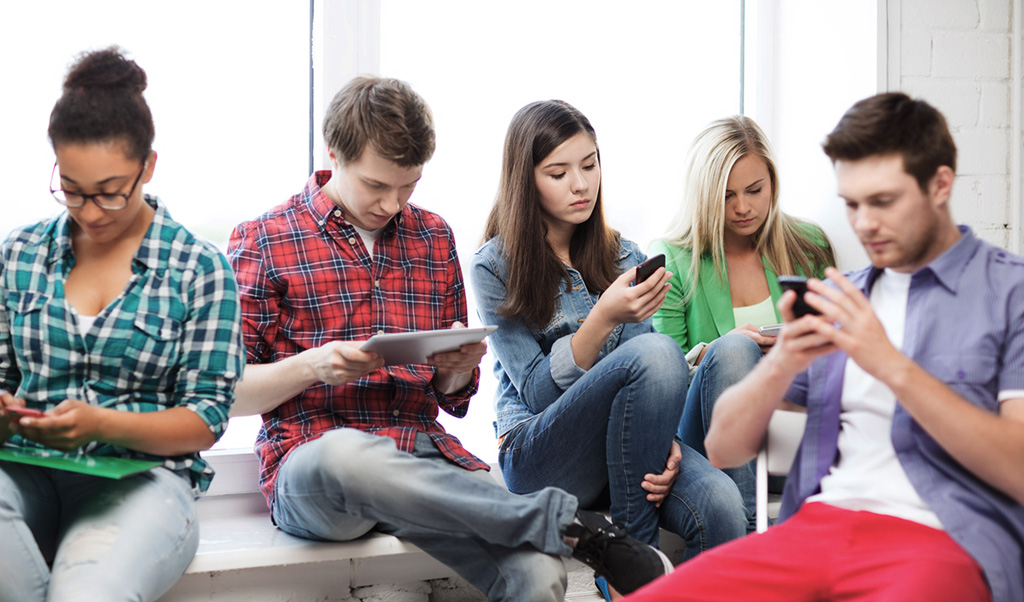 Social media is among the most volatile topics in contemporary social psychology, especially when its effect on teenagers is under scrutiny. Let’s dive into this controversial topic once again.

Social interactions are shifting online rapidly, and a huge share of teenagers’ interactions is already taking place on their favorite social media platform. The most popular are Facebook, Snapchat and Instagram, with 71% of teenagers reporting the use of more than one social media platform, as reported by US Department of Health and Human Services.

With teens spending as much as 8 to 9 hours a day online (most of this time is attributed to social media interactions), it’s essential to understand both the positive factors and the dangers that they may encounter.

Some of the major benefits of social media include:

However, the dangers are also numerous and sometimes difficult to recognize. Some of them are psychological, such as an unhealthy dependence on social media ‘likes’, and a proven risk of depression. Others are very real, and may spill over into the offline life of your teen, driving them to desperation. Just think about it – 8 hours is a full-time workday, and your teenager spends it browsing a whole different world. What are the most frequent threats encountered there?

It’s easy for a teenager (or even an adult) to overshare information that can later be used against him or her online or offline, causing stress, humiliation and possibly putting them in danger.

May not be as persistent and personal as cyberbullying, but it can still put a huge amount of stress on the teenager.

Pornography, violence, extremist and hate groups, illegal activities, excessive amounts of online advertising – all of this requires open discussions with your child. It won’t make inappropriate content disappear, but it will, hopefully, elicit an appropriate reaction when your teen has a close encounter with any of it.

Just as in the offline life, it’s crucial to know what the warning signs may be, cut off all communication if suspicions arise, and talk to a parent or a trusted adult.

What’s a parent to do?

In general, it’s crucial to shift the communications between parents and children from a teen’s concern with getting caught doing something questionable online towards teaching self-regulation and an overall conscious approach to online behavior. He earlier you start – the better. Even though 30% of teens believe their parents know “little or nothing” about their social media activities, they still state that their parents’ influence on distinguishing between appropriate and inappropriate content online is essential, NY Times reports. There are also many tricks and special cloaking apps that allow teenagers to conceal their activities, so parents need to at least have a general awareness of this fact.

Ultimately, parent guidance is crucial, but when all else fails, there’s a possibility of resorting to telephone monitoring apps, which will provide some peace of mind to the parent. mSpy, Highster Mobile, and FlexiSpy provide a range of powerful features that track your child’s online and social media activity. Still, these are best used carefully, so as not to breach the trust with teenagers when they may need it most.