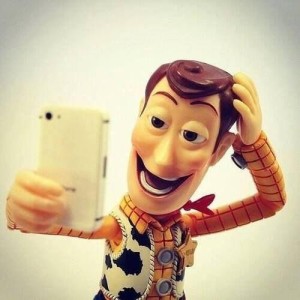 Really, selfies seem to have become a new trend in art, or at least it is definitely one of the most popular ways of self-expression for young people these days. It also frequently looks like people got brainwashed and some of them get so obsessed with the activity that they post their selfies every day in all the places at all times.

It might seem that people are prone to selfie liking because they are so fond of themselves; however, it is frequently just the opposite. Most people, and especially teenagers, are eager to get approval and they are very anxious to get accepted by some reference group and they simply take the easiest road to their goal. It is much simpler to post selfies and get likes and be accepted and approved instead of doing something that people can find worth respecting.

Other kids just can’t be worse than others in whatever they are involved in or concerned about. In their sensitive age it is really very important to be a part of a group that treats you like and equal and distinguishes you for whatever you have to offer and they consider interesting. Feedback is essential and validation is necessary at this stage of teenagers’ development and with the invention of this “selfie” idea these things are easier to get.

Surely, there seems to be nothing harmful about people posting images of themselves on the internet left and right if it boosts their self-esteem and makes them feel better about themselves. However, when it comes to various social networks, they are not that safe. The fact that they are not open to every visitor registered or unregistered alike does not guarantee that a personal page is secure.

Attention seeking can be fraught with unpleasant occurrences. There are all sorts of people surfing the internet and scammers and etc. and these people hardly mean good. Surely, teenagers do not seek attention of such people consciously and on purpose; however, their frivolity can backfire pretty badly sometimes.

There is also one more side to this “selfie” medal and it is also not a very pleasant one. In their constant pursue of attention and approval teenagers get so obsessed and crazy that they frequently can’t stop. In their attempt to get a great selfie they tend to do bizarre and even dangerous things; some of such cases have already ended fatally.

Taking these things into consideration, it makes sense for parents to pay more attention to the things their teenage kids post in their social networks and how they actually spend their time and who they hang out with both online and offline.

Surely, it is always complicated to come to terms with 13-15 year old teenagers and rows and scandals are normal; however, when it comes to mobile phones, there is a good way to make the entire relationship and control issues easier.

With the help of cell phone monitoring application it is very easy for a parent to get the idea of their kid’s whereabouts as well as plans, contacts and social life in general. When it comes to selfies, spy software allows tracking all the images that are created and sent online from this particular phone. Having this app installed on their teenagers’ devices allows parents to have full access to their cell phones and eliminates the necessity of fruitless control attempts. GPS tracker allow knowing where kids go and other various features allow keeping an eye on teenagers without being overly protective and controlling.

When it comes to selfies, the app also allows remote content blocking; which is a definite advantage and kids will just get puzzled why this image fails to download.