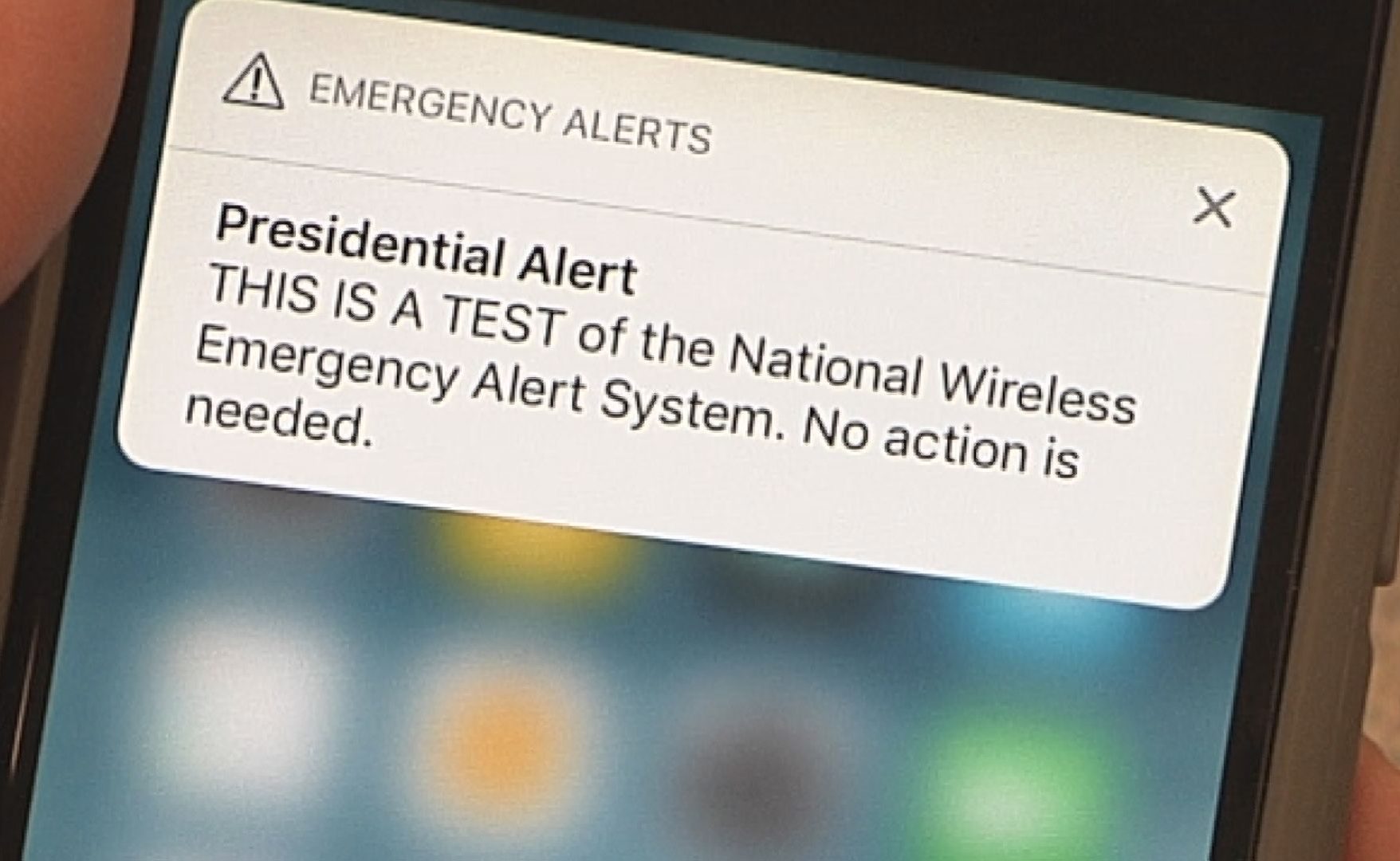 On October 3, the whole nation got another reason to be infuriated: presidential alerts were finally being tested, and everyone’s phone rang with a message saying that the alarm is a test one, and no action is needed.

While the event was not supposed to be a big deal (it’s just a test, isn’t it?), the message divided the nation into two camps: those who believe the alert can be of great help should a really terrible event capable of affecting the entire country happen, and those who oppose the introduction of the system and doubt the President will not succumb to the temptation to abuse the new means of communication.

It’s not that everyone is so bloodthirsty. Local alerts have long been praised as a good way to warn people living in a particular area that a hurricane is expected or some other act of God is about to happen. AMBER alerts, while their usefulness is doubted by some, can also help save someone’s life. But despite the recommendation not to turn off these alerts, many Americans opted for disabling the feature.

Some did it because they felt they did not need the information shared (mostly due to being too far away from the place where the event is taking or has taken place), others cannot stand hearing the screeching sound in the middle of the night. Whatever the reasons behind the decision, everyone went along with it when these systems went live – because we have an option to turn it off.

iOS and Android have special settings that enable one to refuse to receive emergency alerts (though it is not recommended to do so, as the information shared is really important).

But there is one type of alerts you cannot opt out, and that is presidential alerts.

The very name suggests that it is a message sent by the President. No panic – it is not some two-digit number to which Mr Trump can send anything he wants. In fact, the name of the alert definitely contributed to the aggressive reaction it is now facing.

Yes, presidential alerts can be sent by the President or some other authorized person appointed by him or her, but all these messages are subject to be checked and approved by FEMA.

Most people hate the concept of the newly tested presidential alerts because they are afraid of being spammed by the current President, who is notorious for his controversial use of social media. The internet is teeming with jokes that Trump will fail to resist the temptation to use the system to share something stupid, like ‘The White House has run out of Diet Coke! I repeat!” and so on.

Let us reassure you: in spite of the proclivity of the President to abuse opportunities to share his opinion, chances are this will not happen.

First, all these messages are controlled by FEMA, so there is no direct communication.

Second, this system is for extremely dangerous situations affecting the entire country, i.e. it is going to be used very rarely, if ever (hopefully). Even hurricanes, floods and other disasters are announced locally and do not fall under the category of events worth a presidential alert.

Third, even if the President decides to use the system to his own benefit (which is an unlikely scenario), it will be a violation of the legislation, which will bring him a lot of problems should it really happen.

A matter of right

However, Trump is not the only reason why many people are opposed to it. It is the hijacking of personal devices that makes everyone see red and go as far as to file suits against the government. Since you cannot turn these notifications off, it is considered hijacking by some, and receiving these messages is a mandatory thing which is difficult to swallow by those who are used to the concept of ultimate freedom and want to defend their rights.

Still, there are several things you can try doing so as not to see these alerts.

As of this moment, it’s all you can do about presidential alerts – you cannot opt out, but it sounds reasonable, since the scope of events which qualify is such that it is not designed to be part of your daily spam.

Whatever the reason for your anti-alert stance (be it Trumpophobia, the inability to digest such intrusion, or something else), we would like to echo the official recommendations and advise not to turn off any alerts: they are infrequent, and they can help you avoid dangerous situations or save someone’s life. Hearing a strange sound once in a while is not a serious price to pay for being informed.