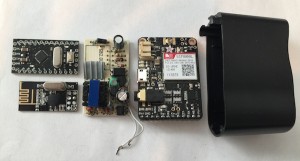 As of FBI official information there appeared a number of USB/charging devices that work a keyloggers and are able to read and transmit all the information from the wireless keyboards.

Everyone who follows the new in the sphere should remember KeySweeper by Samy Kamkar that represented a normally-looking USB-charger.

The device works as a wireless sniffer, it actually is able to decode, store and send any keystrokes detected from a wireless keyboard. All the interested audience was able to check the vitality of a product as well as to follow the stages of its creation on the blog of its creator.

It is pretty hard to get why FBI decided that it’s high time to take measures to the device that appeared a year ago; but be it as it may, KeySweeper is now closely monitored by the law enforcement officials.

One of the major issues that FBI names with regards to such devices is that they are pretty easy to use, or, rather, misuse. They look totally normal to the eye, can be placed anywhere around an office or any other place where wireless keyboard or other devices are used. Thus, cybercriminal are able to steal everything with regards to personally identifiable information or intellectual property, any login/password info, trade secrets, and other confidential information.

The problem is that decoded information is transferred at such speed that it is quite hard even to understand that something crucial was stolen.

FBI report also claim that the aforementioned data was received in the course of some classified investigation. In accordance with the journalists’ who contacted Samy Kamkar the latter had given no information to the aforementioned organization in the first place.

There has never been reported any of the attacks with the usage of such USB-turns-Keylogger device; however, FBI suppose that the one who is forewarned is forearmed.