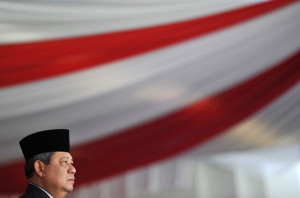 It has become known that the cell phone of the Indonesian president, Susilo Bambang Yudhoyono, was tracked by Australia’s spy agencies. The mobile phones of his ministers as well as other confidants were targeted as well. The information came from the already well-known Edward Snowden.

This is yet another revelation in the list of many made by Snowden recently, and, surely not the last. In accordance with the document that is dated by November 2009, the president Susilo Bambang Yudhoyono as well as 9 ministers from the inner circle were supposed to be tracked. The peculiar fact is that some of the names mentioned in the document are the candidates in the presidential elections that are to take place the next year. The first lady is on the list as well.

It is only understandable that after the Snowden’s revelation the reaction of Marty Natalegawa, the Indonesian foreign minister was far from calm. Now Australia faces the possibility of acquiring serious complications in cooperation with Indonesia in many fields and particularly when it comes to terrorism and human trafficking. One can only guess how the spy scandal story continues.

The relationship between the countries is not the warmest at the present moment and especially in the light of the recent policy of the Abbott government that tends to restrict the options for the people in search of asylum coming from Indonesia. The revelation does not help to improve the tense relationship but rather seems to have aggravated it after the leak appeared in press.

The material revealed by Snowden refers to the documents from the Australian Department of Defense and the Defense Signals Directorate. It is top secret information and contains the records of mobile phones interception since the time of 3G technology introduction to Asian regions. It is a slide presentation and contains enough information to make any country furious. The slides contained information about the cell phone types as well as voice intercept records of the president as well as the first lady and other targets.

Among other names that were mentioned in the leak as a target for surveillance is Dino Patti Djalal. Former foreign affairs spokesman now ambassador to the US, he  announced his plans for seeking candidacy in the presidential elections that will take place in the year 2014. He represents the Democratic Party. It seems that Australian agencies used to spy on cell phone of another candidate as well – Hatta Rajasa. He is likely to represent the National Mandate party and at the present moment occupies the position of the minister for economic affairs. It is also peculiar that in 2009 Hatta Rajasa was the minister for transport and he is related to the president.